(Sources: Most excerpts from the New World Encyclopedia; 2013, and personal notes by the discoverdp.info webmaster.)

The time has come for the countries of the world to pool their resources and advance toward the kingdom of the peaceful ideal world desired by God. —Sun Myung Moon

Reverend Sun Myung Moon has dedicated his life to building world peace. Knowing that different people will become interested in the process of building world peace in different ways, Rev. Moon has founded dozens of organizations with the common goals of advancing international understanding, helping bring people closer to God and each other, and building lasting peace in the world. Starting out as an evangelist in war-torn Korea in the early 1950s, with a handful of followers, he now has groups and organizations under his leadership in more than 180 countries around the world. Many of those who have studied his teachings feel that he has been chosen by God to guide the world's people to build lasting peace, which is centered on spiritual values and the practice of love. 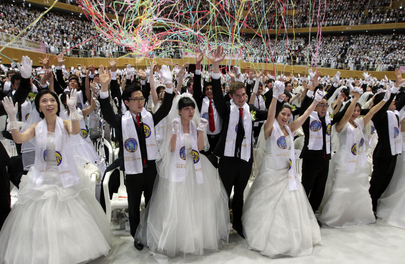 Reverend Moon's teaching gives highest regard for the family, which he calls the natural "school of love." God's love is expressed in the give and take of male and female. God created men and women to join together in marriage and create families in which we acquire the fullness of love and goodness. This is what Unification teaches regarding the Biblical second blessing. Children are meant to receive love from their parents—their food, warmth and care, and children naturally return love and joy to their parents in different ways as they grow from little infants all the way to old age. Siblings' love has the same eternal quality as does conjugal love and parental love. This the universal, eternal, ever dynamic and creative quality of family life—what Reverend Moon calls the "Four Realms of Heart." It is the life originally designated as the way for every person, and the ground from which our natural ease for goodness would be based.

Starting in 1960, Rev. Moon has officiated over Blessing Ceremonies of ever increasing numbers of couples. The early Blessings were attended only by members of his Unification Church, while Blessings since 1992 have included people of all faiths and creeds. Here is a list of the major Blessing Ceremonies:

From the twentieth century, worldwide consciousness that international cooperation and a global approach were essential to creating world peace have steadily increased, resulting in the formation of bodies such as the League of Nations after World War I, and the United Nations after World War II. Feeling that a stronger focus was needed on solutions to the moral and spiritual problems underlying the obstacles to world peace, Rev. Moon has created several vehicles toward world peace, the most recent of which is the Universal Peace Federation. 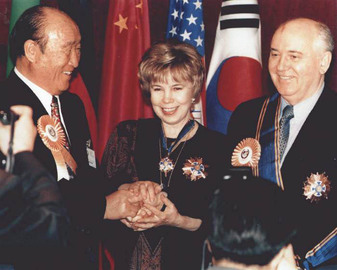 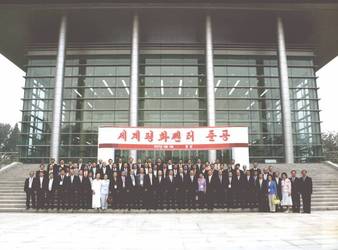 For truth in the media

Absolute values and unity of knowledge

Expressing vision through the arts 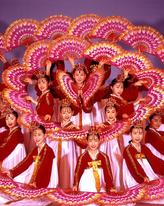 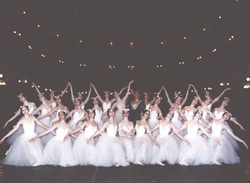 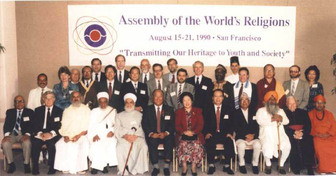 All religions have the same fundamental goal, to connect people with their creator, with the power of the universe, to empower people to reach their full potential. It is an unfortunate truth that over the centuries, there has been a great deal of strife and disagreements between religions, and even wars and killing in the name of religion.


Religious Youth Service, founded 1986, brings together youth from different religious backgrounds to share in social service projects and to experience a variety of inter-faith experiences and seminars. 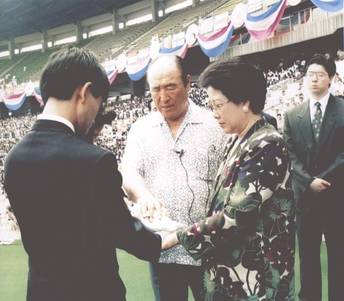 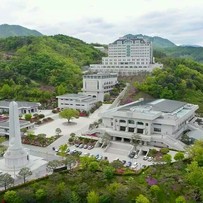 Promoting the Value of Women

Vision and purpose for youth 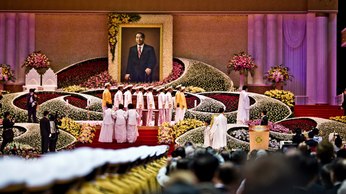 In August 2012, Reverend Moon was hospitalized with pneumonia. He was admitted to St. Mary's Hospital in Seoul where his condition became critical. After spending two weeks on a respirator in intensive care, where he suffered further organ failure requiring dialysis and other measures, he was transferred to the church-owned Cheongshim Hospital in Gapyeong, northeast of Seoul.

Unification Church members worldwide immediately began gathering to pay their respects and to attend the Seonghwa (funeral) ceremony on September 15, 2012.

Rev. Moon's ministry continues through his wife, Mrs. Hak Ja Han Moon, his family and couples in ministry around the world. 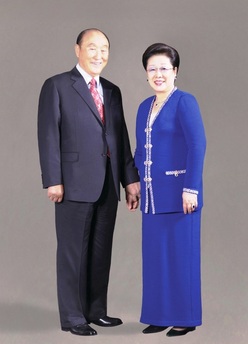 Scholars have noted that Reverend Moon's legacy will endure, not just for the controversies that surrounded the mass weddings and accusations of "brainwashing," but also for "creating what was arguably one of the most comprehensive and innovative theologies embraced by a new religion of the period." This legacy comprises the Divine Principle and more religious teachings, the Unification Church that he founded and spread world-wide, hundreds of thousands of Blessed families, and numerous cultural organizations and businesses, including the Washington Times newspaper.

His life's work was to make the foundation for lasting peace in the world. In particular, Reverend Moon strove to find ways to reunify his homeland of Korea. He met North Korean leader Kim Il Sung, whom he embraced as a brother in 1991. Despite his staunch anti-Communist stance, Reverend Moon and his family continued to develop connections with the North Korean leadership, including establishing Pyonghwa Motors, a joint business partnership between a Church-owned South Korean company and a state-run North Korean consortium. When Reverend Moon died. North Korean leader Kim Jong-Un sent condolences and a wreath delivered by Jang Song-Thaek, whose wife is the sister of the North's late leader Kim Jong-Il. Hyung Jin Moon also received the "National Reunification Prize" on behalf of Reverend Moon for his contributions to reunification: "Moon positively contributed to realizing the nation's reconciliation and unity and the country's peaceful reunification and achieving the prosperity common to the nation."

While world peace did not appear in his lifetime, Reverend Moon planted many seeds:

It was in Reverend Moon that I found the broadest ecumenical spirit, a fierce commitment to the unity and fraternity of mankind, an unflinching love of all people, a total commitment to the institution of the family, a tolerance for the diversity of humankind and the need for its harmonization. I also found in him the wisdom to blend the Occident with the Orient, the North with the South, an ability to combine eternity with a sense of the contemporary reality, the insights to create a bridge between science and faith, the courage to wage warfare against escalating hedonism, and an abundance of the divine as well as the human gifts of humor and love of life. ... His place in human history is assured. We merely must make certain that the seeds he planted for true peace are nourished by all of us throughout the world.
- Nicholas N. Kittrie